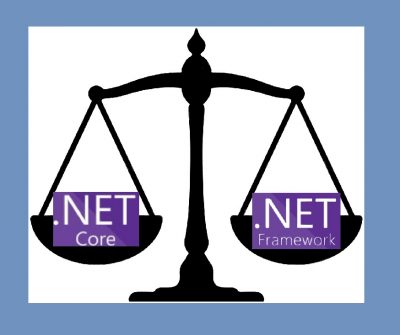 Before we talk about .NET Core, it will be helpful to understand what is .NET in basic, it’s evolution, different development phases, the limitations, the rise of .NET Core and it’s capabilities as of Dec 2022.

.NET is a software framework that is designed and developed by Microsoft. The first version of the .Net framework was 1.0 which came in the year 2002. In easy words, it is a virtual machine for compiling and executing programs written in different languages like C#, VB.Net, etc.

There are different development phases of .NET Framework as below image.

OLE Technology: OLE (Object Linking and Embedding) is one of the technologies of Microsoft’s component document. Basically, its main purpose is to link elements from different applications with each other.

COM Technology: The technology of the Microsoft Windows family of the operating system, Microsoft COM (Common Object Model) enables various software components to communicate. COM is mostly used by developers for various purposes like creating reusable software components, linking components together to build applications, and also taking advantage of Windows services. The objects of COM can be created with a wide range of programming languages.

.NET Technology: .NET technology of collection or set of technologies to develop windows and web applications. The technology of .NET is developed by Microsoft and was launched in Feb. 2002, by basic definition, Microsoft’s new Internet Strategy. It was originally called NGWS (Next Generation Web Services). It is considered to be one of the most powerful, popular, and very useful Internet Technology available today.

Common language specification (CLS) defines how objects are implemented so they work everywhere .NET works. CLS is a subset of Common Type System (CTS) – which sets a common way to describe all types

Common language runtime (CLR) is the virtual machine that runs the framework and manages the execution of .NET programs

.NET Core – The Start of The New Era

.NET Core is a newer version of the .NET domain that addresses the limitation of the .NET Framework. .NET Core is a cross-platform framework that can be run for Windows, macOS, and Linux. Moreover, it is open-source and accepts contributions from the developer’s community.

The good thing about the two frameworks is their ability to share codes and many components when requested. Yet, the .NET Core and the .NET Framework differences must be analyzed before choosing a .NET development company for your next project.

.NET Core – At the High Level

.NET is a free, cross-platform, open source developer platform for building many kinds of applications. .NET is built on a high-performance runtime that is used in production by many high-scale apps.

To determine which is better, .NET Core or .NET Framework, here are some parameters that draw the line between the two Microsoft frameworks.

The best thing that makes .NET Core the number one in its league is its compatibility with various operating systems — Windows, Linux, and macOS. The .NET’s structure was fully re-architected to give birth to .NET Core to help businesses develop applications on all platforms.

Regarding .NET web development services for enterprises, deploying .NET Core that supports primarily used platforms besides Windows can be suitable. The .NET Core performance is quite impressive, and an added perk is its open-source attribute that makes it the most popular framework in the application development space.

A note for organizations and developers — Microsoft has parceled out the source code for WPF, Windows Forms, and WinUI.

When a performance-oriented and scalable system is the topmost priority, who wins the .NET Core Vs. .NET Framework performance battle?

The most recent version of .NET Core demonstrates high scalability and performance. It is recommended by Microsoft with ASP.NET Core as the optimal choice for high-performance system needs, mainly where microservices may be involved. In several independent tests, .NET Core vs. .NET Framework performance has been tested, with one test demonstrating 7 to 13 times faster.

The .NET Core has a recompilation feature to optimize compiled code without changes, making it easier for developers to test and deploy code. The most recent versions of .NET Core (6 and 7) have a massive focus on improving performance.

One of the essential features available in .NET Core is its flexible deployment model. It means whenever the latest version of .NET Core gets launched; it can be instantly updated on one machine at a time, thereby getting uploaded to new directories without affecting the existing applications. Moreover, .NET Core can also be deployed for apps requiring more isolation using the new app bundling tools.

Regarding the .NET Framework, the web application must be deployed only on the Internet Information Server. However, .NET Core’s advantage over .NET Framework lies in the fact that it can be hosted in more than one way, making it more flexible.

In today’s highly progressive digitized tech-friendly world, no matter what an application’s business domain is, it becomes essential to build an app that can reach different markets and end-users wrapped in the latest technology. And .NET Core aims to achieve this target – to develop apps in many domains, such as gaming, mobile, IoT, and AI – with continuous updates to .NET Core to respond to emerging opportunities.

In contrast, the .NET Framework is limited only to Windows OS.

Another factor to consider in the question of .Net Framework vs. .NET Core is whether these are open-source or not.

.NET Core is open-source, while .NET Framework is proprietary and released under the Microsoft Reference Source License, though it includes some open-source components.

6. Support for Microservices and REST Services

In contrast, the .NET Framework gets support from WCF and also supports REST Services but does not support the creation or deployment of microservices and is less effective regarding performance and scalability.

.NET Framework leverages the Windows security model and leverages Code Access Security, kept up to date by Microsoft with the latest security patches.

.NET Core may lack Code Access Security, but it uses a more flexible and modern security model, resulting in a more secure option.

The .NET Framework must be installed as a single package for Windows. In contrast, .NET Core is packaged and shipped independently of the underlying operating system via the NuGet package manager.

.NET Core provides a lightweight cross-platform Common Language Infrastructure (CLI), with an option to switch to an integrated development environment (IDE) such as Visual Studio.

As a Windows-only framework, the .NET Framework does not support mobile development, making this framework very inflexible for the needs of today’s applications.

However, .NET Core does have some support for mobile apps, particularly given the shared connection/compatibility with Xamarin and other open-source platforms for developing mobile applications.

In contrast, .NET Core does not support desktop application development, focusing instead on the web, windows mobile, and windows store with ASP.NET and Windows universal apps. 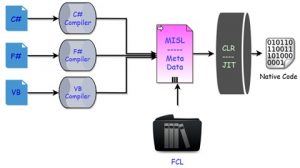 It is a multi-language execution environment, the runtime supports a wide variety of data types and language features.

To obtain the benefits provided by the common language runtime, you must use one or more language compilers that target the runtime.

Compiling your code to MSIL

Metadata describes the types in your code, including the definition of each type, the signatures of each type’s members, the members that your code references, and other data that the runtime uses at execution time.

The runtime locates and extracts the metadata from the file as well as from framework class libraries (FCL) as needed during execution.

At execution time, a just-in-time (JIT) compiler translates the MSIL into native code.

During this compilation, code must pass a verification process that examines the MSIL and metadata to find out whether the code can be determined to be type safe.

The common language runtime provides the infrastructure that enables the execution to take place and services that can be used during execution. 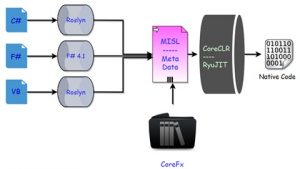 .NET Framework vs .NET Core: Which Should You Pick, and When?

After comparing .NET and .NET Core side by side, you might think .NET Core definitely seems to have a great edge over the .NET Framework by saving developers’ resources and time.

But in reality, both platforms are distinctive in their own ways, and deciding which is the better one depends on your project requirements.

Nonetheless, let us figure out what sort of apps you will be able to create with both these technologies.

Go for the .NET Framework when the app:

Go for.NET Core when the app:

Without any doubt, the debate about .NET Core vs .NET Framework is here to stay. Both are progressive solutions and unique in their exclusive fields. That being said, Microsoft is continuously innovating to upgrade both platforms, so while choosing one, you may find yourself on the fence.

Regardless of all the nos, ifs, and buts, the future of the .NET world is more promising than ever. We suggest that you make the decision based on your project scope, development needs, and budget.