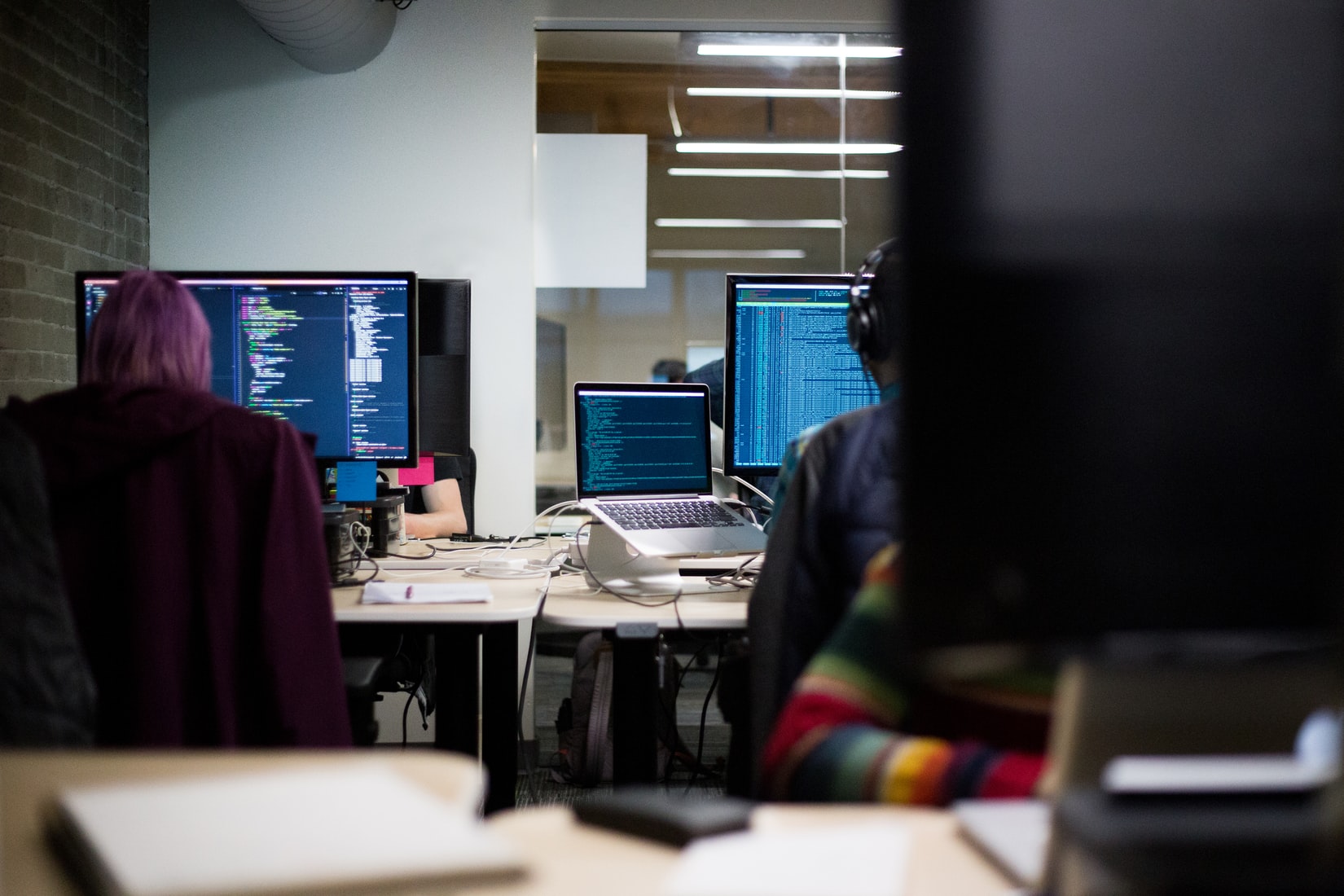 In ASP.NET Core, middleware is the term used for components that form the Request Pipeline.

The pipeline request is similar to a chain; it can contain multiple middleware. These components will handle the request in sequence; each component will inspect the request and decide whether it should be passed to the next middleware or just generate a response interrupting the chain.

Once the request has been handled, a response will be generated and send back to the client passing along the chain.

Check the example below:

How to create a Middleware

Middleware components don’t implement interfaces or derive from classes, It simply has a constructor that takes RequestDelegate as parameter and implements the Invoke Method.

The RequestDelegate represents the next Middleware component of the chain and the Invoke method is called when the component receives a request.

The most important type of middleware generates content for clients, and it is this category to which MVC belongs.

This kind of middleware is used when you want to generate some content and send it back to the client without the need of dealing with all the MVC complexity. 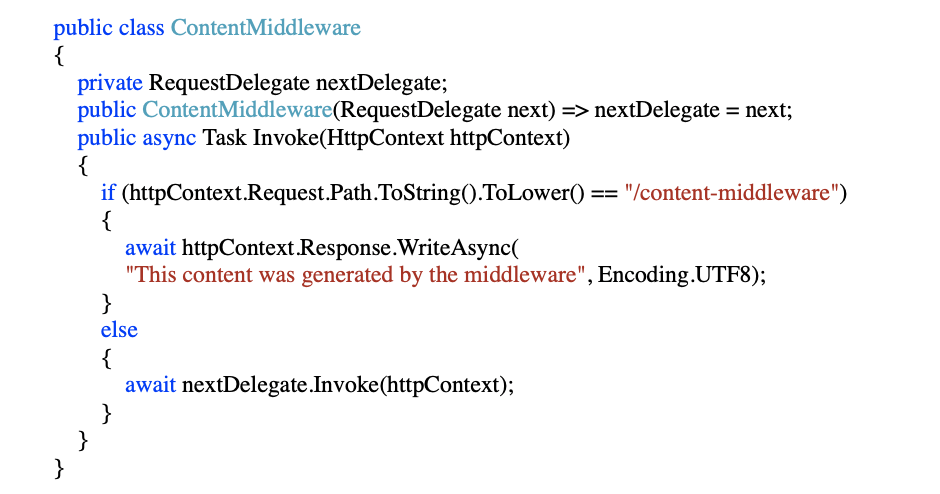 Short-Circuiting Middleware Components are used when you want to inspect the request and decide if the request should be passed to the next component.

For example, the below process is checking if the request contains the User-Id header, if not the middleware will break the chain and return a 401-Unauthorized response to the client.

The next type of middleware component examined doesn’t generate a response. Instead, it changes requests before they reach other components later in the chain. This kind of middleware is mainly used for platform integration to enrich the ASP.NET Core representation of an HTTP request with platform-specific features.

The example below is to demonstrate the check that if the request contains a blank User-Id in the header; if yes it will be removed.

Interacting with another Middleware

Middleware components can interact with each other, let’s consider that RequestEditMiddleware is executed before the ShortCircuitMiddleware.

Now that we already know how to create our own custom components, how do we use it?

It’s simple, in the Startup class there is a method called Configured which is responsible to setup how the application will handle requests.

This method has a parameter of type IApplicationBuilder, that is the object we use to register our components.

However, there is a more efficient way to register the components, for that we need to create some extension methods.

After creating the extension methods all we have to do is register the components using it.